Not so long ago, it became known about an intriguing discovery made back in 1928 by the Soviet history teacher Anatoly Stolbunov. In one of the caves near Simferopol, he discovered the bones of a mammoth.

As a result of research, it turned out that they had lain in the depths of the cave for 30,000 years. But the most striking thing is that the bone of the scapula was polished and a pattern was applied to it, which consisted of symbols and dots.

Scientists have long puzzled over what this could mean. But then the astrophysicist Chernov saw the drawing and said that it was a map of the starry sky: 16 constellations of the Northern Hemisphere and 102 stars, some of which were discovered quite recently. 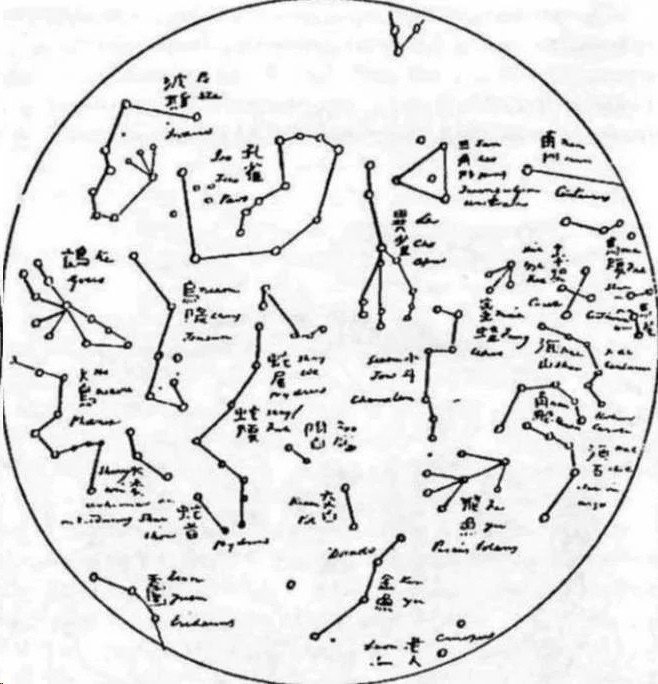 Anatoly Stolbunov made several sketches of images and sent them to friends. He really wanted to try, as he himself said, “to solve the riddle posed by the Cro-Magnons.”

Not so long ago, scientists entered a copy of the sketch into a computer and looked at how the pattern of the starry sky had changed over so many years, thanks to which astrophysicists were able to confirm that it was exactly 30,000 years ago that the sky looked like this.

Almost all the stars in the picture still exist, but they can only be seen with telescopes. So how could ancient people carve such a map into mammoth bones?

In addition, in the Khersones cave (this is the name of the cave where the bones were found), Stolbunov discovered about a dozen rock paintings depicting two types of people: Cro-Magnons and Neanderthals, which, contrary to scientific hypotheses, confirmed that these two types of people could exist simultaneously.

Based on this painting, we can conclude that the Cro-Magnons fished, developed agriculture and animal husbandry, while the Neanderthals hunted and gathered. Both types of people cohabitated. 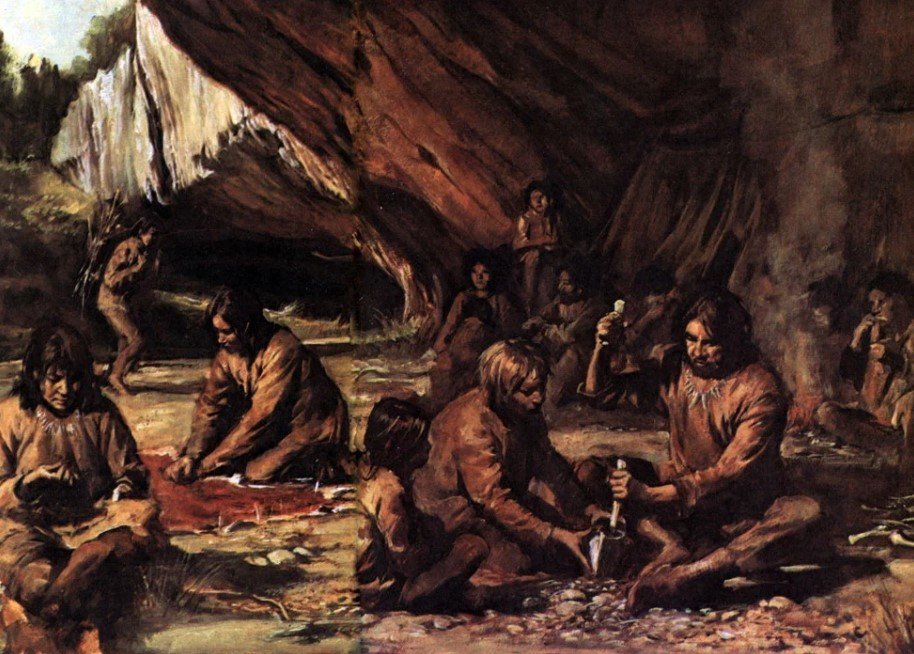 Anatoly Stolbunov, the organizer of the expedition, points out that late Neanderthals and early Cro-Magnons communicated in a similar sign language. Thanks to this, the exchange of products and household items was carried out. And the children of both nations played together.

This statement completely changes the picture of the perception of the ancient world. However, the discovery of 1928 was coldly received by academicians.

And during the war years, most of the caves were blown up during the fighting. So, Stolbunov’s like-minded people could not even find traces of the discovery of his expedition.

But in 1928, official science was distrustful of the artifacts found by the “simple teacher”. Trying to protect his findings, Stolbunov wanted to publish them in the media, but the authorities, together with the scientific community, opposed this and sent the “archaeological sensation” supposedly for study to Novosibirsk.

On this, ancient artifact traces are lost. No one knows where this “inconvenient” artifact for everyone is located today. There are suggestions that it was hidden in the museum archives or simply destroyed…