Skip to content
A large asteroid due to pass relatively close to the Earth next week appears to be taking its own precautions.

The tongue-in-cheek claim comes courtesy of astronomers at the world’s most powerful radio telescope – the Arecibo Observatory in Puerto Rico.

Set for its closest approach next Wednesday, the 1.3 mile-wide space rock – which is known as 1998 OR2 – completes a single orbit of the Sun every three years.

While there is no risk of it hitting the Earth, astronomers working at the observatory have noted that – on radar images at least – the approaching asteroid looks as though it is wearing a face mask.

While in reality the ‘mask’ is little more than a topographical feature on the asteroid’s surface, the idea that it might be protecting itself for its close encounter with our planet has recently gone viral with news outlets comparing the radar image to shots of the observatory staff wearing their own masks.

“The small-scale topographic features such as hills and ridges on one end of asteroid 1998 OR2 are fascinating scientifically,” said planetary radar head Anne Virkki.

“But since we are all thinking about COVID-19, these features make it look like 1998 OR2 remembered to wear a mask.” 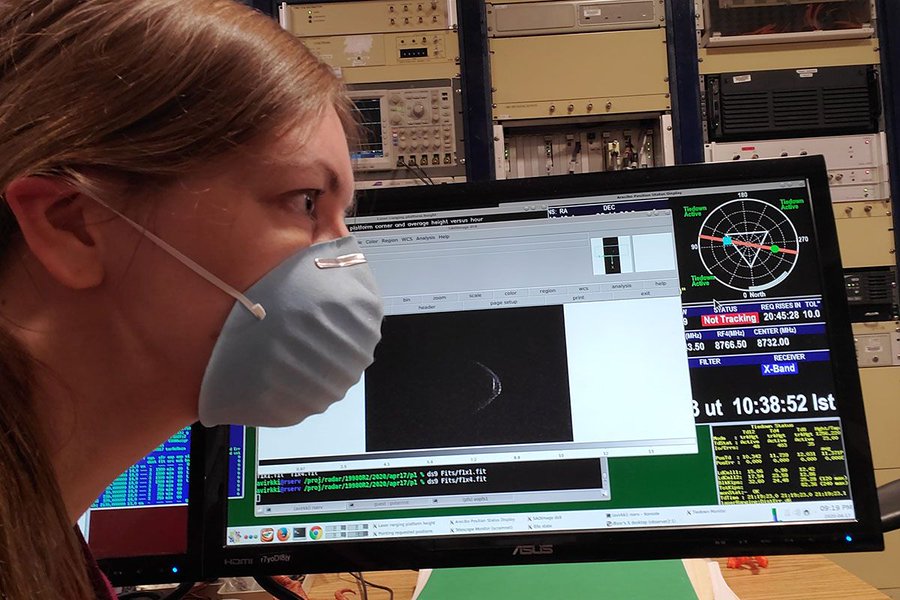