To date the only life we know about is here on Earth. Since the beginning of civilization, people have wondered whether there is life elsewhere in the universe. In 1984 American astronomer Jill Tarter and Thomas Pierson launched a project called Search for Extra-Terrestrial Intelligence (SETI), dedicated to that interstellar hunt. 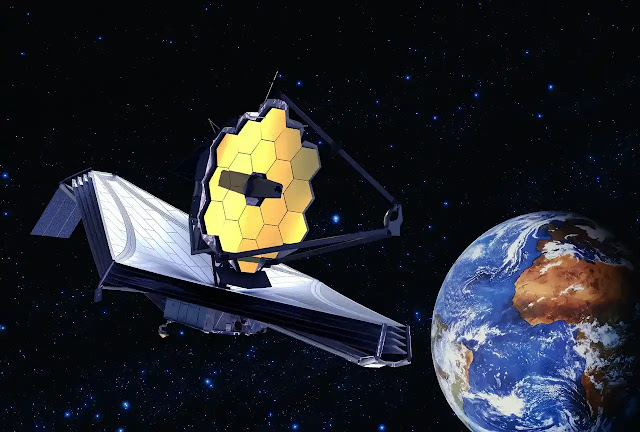 The nonprofit institute was designed to pick up radio signals from space. Radio signals can travel long distances because they are less scattered or absorbed compared to other sorts of radiation, making them more likely to be detected by the 42 radio telescopes that make up the one-of-a-kind Allen Telescope Array in the Cascade Mountains of California. But for 30 years, no verified alien signal has been received.

Now, the James Webb Space Telescope (JWST) has been successfully deployed to aid the search. With its gigantic mirror and ultra-sensitive detectors, the world’s most powerful telescope (floating roughly 1 million miles away from Earth) will examine many distant unexplored planets orbiting distant stars. Twenty years ago, no other planets were known apart from those in our solar system. But since then, more than 4,000 other planets, called the exoplanets, have been discovered orbiting other stars. NASA estimates that the true number of exoplanets could be trillions.

The first signs of life beyond our solar system might come from extraterrestrial plant life. The Galileo spacecraft, on its way to Jupiter, pointed its instruments back to Earth and picked up the distinct indication of the presence of plants. It detected the vegetation red edge (VRE) biosignature, a mixture of red and infrared light that is reflected by plants. The JWST will measure the VRE of distant Earth-like planets in the habitable zone around stars; and if there is a planet covered in jungle, for example, it should have a large VRE signal that should be easy to detect.

There could be important signs of life in the composition of the atmospheres of the exoplanets. When an exoplanet passes across the face of its star, sunlight passes through its atmosphere and could be picked up by the JWST. Spectroscopy would then be used to discover which wavelengths are missing from the light. Atoms and molecules in the atmosphere absorb certain wavelengths and therefore leave a unique fingerprint for the JWST to detect. In that way, the composition of the atmosphere can be determined and the presence of life possibly inferred. If Earth-sized planets were found to have an atmosphere similar to our home planet (that is, containing mainly oxygen, nitrogen and carbon dioxide), that planet could likely support life forms.

Technological life could perhaps be identified by looking for the presence of chemicals that don’t occur naturally. If aliens looked at the atmosphere of Earth from a distance, they would probably see chlorofluorocarbons (CFCs), which were manufactured for use in refrigeration and cleaning materials. Jacob Haqq-Misra at the Blue Marble Space Institute in Seattle has suggested that if the JWST detected CFCs in exoplanet atmospheres, then that would be a tell-tale indication that a civilization is there.

Of course living things on exoplanets might resemble nothing like life on Earth. Sometimes even life on Earth can seem alien, such as “extremophile” organisms. This is a class of organism, mostly microbes, that live in extremely harsh environments where life is impossible for other living creatures. Some live at very high temperatures, up to 250 Fahrenheit. Others survive extreme cold, as low as -4 Fahrenheit. Some live in strong acids with pH below 3, and there are other places on Earth where we would not expect to find life at all.

However, it might be sensible initially to start looking at Earth-like planets where life is more likely — rather than those planets that have a temperature of 250 Fahrenheit, for instance, or are bathed in acid. Prime candidates might have a temperature where liquid water could form on the surface, and they’re orbiting around a stable star.

Our sun is classified as a G-type yellow star. But these stars tend to be short-lived and less common in space as we know it. More likely subject of study could be planets in orbit around the more numerous red dwarf stars, which are slightly cooler and less luminous than our sun. These stars have much longer lifetimes, so there is more time for life to start up and evolution has more time to develop complicated life forms.

The first project for JWST is to look at an exoplanet system called TRAPPIST-1, which is 40 light years away from us. This consists of seven rocky Earth-sized planets in orbit around a cool red dwarf star. Three of the rocky planets are in the so-called habitable zone, which means they could have liquid water on their surfaces. The TRAPPIST-1 star is only 1/10 the mass of our sun and is much cooler, but the planets orbit close to the star so they receive light levels similar to here on Earth.

Whether there is life anywhere else in the universe is one of the most important questions in science. The universe might be teeming with life, or maybe we are totally alone, marooned on a lonely world in the vastness of space. The definitive answer, either way, will likely require a profound psychological and philosophical adjustments for humankind.