“Success on Mars is not guaranteed, but it is certainly worth looking forward to,” said billionaire Elon Musk.

According to SpaceX CEO Elon Musk, the entire process of colonizing and settling on Mars (if successful) will “not be for the faint of heart”.

“It’s important to stress that life on Mars, especially in the early days, is not going to be a luxury,” Musk said in a video interview with TED’s Chris Anderson, curator of the program. announced on April 18. “It’s going to be dangerous, cramped, difficult and arduous.”

The American billionaire compared current efforts to conquer Mars to the advertisement of an Antarctic expedition from the 1900s by explorer Ernest Shackleton. The ad is considered a “legend”, calling healthy men to take a “dangerous journey” and “a safe return is not guaranteed”.

“The invitations from Mars are so dangerous, there is so much risk that you may not be able to turn back. There are too many challenges to overcome,’” Musk said.

According to Musk, living on Mars, a planet with an average temperature of -62.22 ⁰ C, will be much more difficult than living in Antarctica, even though the temperature here is similar (-56.67). ⁰ C).

This is because Mars has a hard surface, thick rock layers and deep trenches, along with lots of volcanoes and canyons. The planet also has a gravity of one-third that of Earth and a thinner atmosphere. Therefore, we cannot breathe in this environment.

Insider previously reported that a human without special equipment would die within minutes on the Red Planet due to low atmospheric pressure.

To realize his dream of conquering Mars, Musk plans to build a standard-sized city here.

In 2019, the billionaire estimates it will take up to 1 million tons of goods to build a self-sustaining city on the Red Planet. The process is expected to cost between $100 billion and $10 trillion.

In 2020, Musk continued to share ideas, saying he hopes to build 1,000 Starship spacecraft within 10 years, and plans to send 1 million people to Mars by 2050. He also said that humans The first could land on Mars in 2029.

“Success on Mars is not guaranteed, but it is certainly worth looking forward to,” said billionaire Elon Musk. 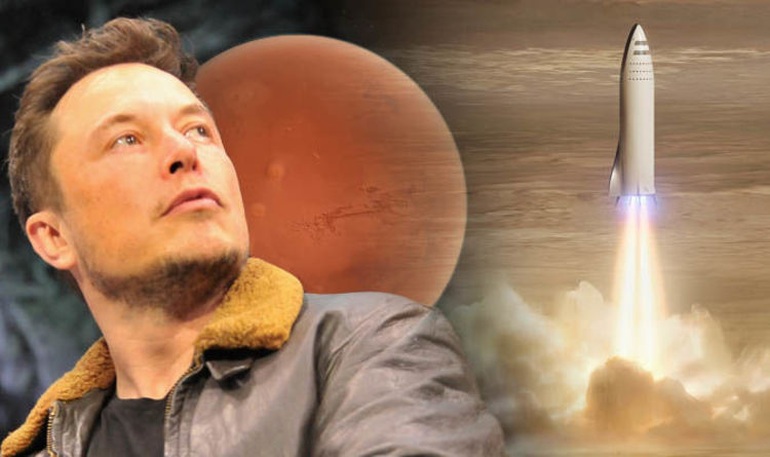