After sending robots to the Moon, landing them on Mars and building its own space station, China is now eyeing distant solar systems. This month, scientists will release detailed plans for the country’s first mission to discover exoplanets. 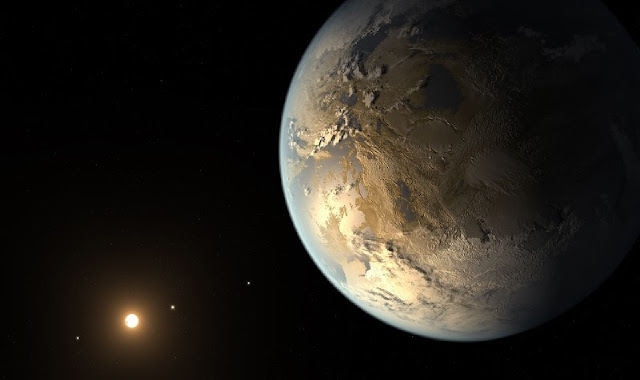 The mission will aim to survey planets outside the Solar System in other parts of the Milky Way, with the goal of finding the first Earth-like planet orbiting in the habitable zone of a star just like the Sun. Astronomers think such a planet, called an Earth 2.0, would have the right conditions for liquid water — and possibly life — to exist.

More than 5,000 exoplanets have already been discovered in the Milky Way, mostly with NASA’s Kepler telescope, which was in use for 9 years before it ran out of fuel in 2018. Some of the planets were rocky Earth-like bodies orbiting small red-dwarf stars, but none fit the definition of an Earth 2.0.

With current technology and telescopes, it is extremely hard to find the signal of small, Earth-like planets when their host stars are one million times heavier and one billion times brighter, says Jessie Christiansen, an astrophysicist at the NASA Exoplanet Science Institute at California Institute of Technology in Pasadena.

The Chinese mission, called Earth 2.0, hopes to change that. It will be funded by the Chinese Academy of Sciences and is wrapping up its early design phase. If the designs pass a review by a panel of experts in June, the mission team will receive funding to start building the satellite. The team plans to launch the spacecraft on a Long March rocket before the end of 2026.

The Earth 2.0 satellite is designed to carry seven telescopes that will observe the sky for four years. Six of the telescopes will work together to survey the Cygnus–Lyra constellations, the same patch of sky that the Kepler telescope scoured. “The Kepler field is a low-hanging fruit, because we have very good data from there,” says Jian Ge, the astronomer leading the Earth 2.0 mission at the Shanghai Astronomical Observatory of the Chinese Academy of Sciences.

The telescopes will look for exoplanets by detecting small changes in a star’s brightness that indicate that a planet has passed in front of it. Using multiple small telescopes together gives scientists a wider field of view than a single, large telescope such as Kepler. Earth 2.0’s 6 telescopes will together stare at about 1.2 million stars across a 500-square-degree patch of sky, which is about 5 times wider than Kepler’s view was. At the same time, Earth 2.0 will be able to observe dimmer and more distant stars than does NASA’s Transiting Exoplanet Survey Satellite (TESS), which surveys bright stars near Earth.

“Our satellite can be 10–15 times more powerful than NASA’s Kepler telescope in its sky-surveying capacity,” says Ge.

The satellite’s seventh instrument will be a gravitational microlensing telescope for surveying rogue planets — free-roaming celestial objects that don’t orbit any star — and exoplanets that are far from their star similar to Neptune. It will detect changes in starlight when the gravity of a planet or star warps the light of a background star that it is passing in front of. The telescope will target the centre of the Milky Way where massive numbers of stars are located. If successfully launched, this would be the first gravitational microlensing telescope that operates from space, says Ge.

“Our satellite can essentially conduct a census that identifies exoplanets of different sizes, masses and ages. The mission will provide a good collection of exoplanet samples for future research,” he says.

NASA launched Kepler in 2009, aiming to find out how common Earth-like planets are in the Galaxy. To confirm that an exoplanet is Earth-like, astronomers need to measure the time it takes to orbit its sun. Such planets should have an orbital period similar to Earth’s and transit their suns about once a year. Chelsea Huang, an astrophysicist at the University of Southern Queensland in Toowoomba, says that scientists need at least three transits to work out a precise orbital period, which takes about three years of data, and sometimes more, if there are data gaps.

But four years into the Kepler mission, parts of the instrument failed, rendering the telescope unable to stare at one patch of the sky over an extended period of time. Kepler was on the cusp of finding some truly Earth-like planets, says Huang, who has worked with the Earth 2.0 team as a data-simulation consultant.

With Earth 2.0, astronomers could have another four years of data that, when combined with Kepler’s observations, could help to confirm which exoplanets are truly Earth-like. “I am very excited about the prospect of returning to the Kepler field,” says Christiansen, who hopes to study Earth 2.0’s data if they are made available.

Ge hopes to find a dozen Earth 2.0 planets. He says he plans to publish the data within one or two years of their collection. “There will be a lot of data, so we need all the hands we can get,” he says. The team already has about 300 scientists and engineers, mostly from China, but Ge hopes more astronomers worldwide will join. “Earth 2.0 is an opportunity for better international collaboration.”

The European Space Agency is also planning an exoplanet mission — called Planetary Transits and Oscillations of Stars (PLATO) — that is scheduled to launch in 2026. PLATO’s design has 26 telescopes, meaning that it will have a much larger field of view than Earth 2.0. But the satellite will shift its gaze every two years to observe different regions of the sky.