Skip to content
Palaeontologists believe that they may have found one of the victims of the extinction event that ended the dinosaurs.

The fossilized leg, which was found at an excavation site in North Dakota, is so well preserved that it still has skin attached to it.

Dating back to the very end of the Cretaceous, it has been speculated that this particular animal might have been killed by the very asteroid strike that ended the reign of the dinosaurs.

It belonged to a species of herbivorous dinosaur known as Thescelosaurus.

“It’s from a group that we didn’t have any previous record of what its skin looked like, and it shows very conclusively that these animals were very scaly like lizards,” said researcher Paul Barrett from London’s Natural History Museum.

There does still remain some question over the exact circumstances under which this particular specimen died. Some experts have played down the suggestion that it died at the time of the extinction and instead maintain that it could have died days, months, or even years earlier.

As things stand, research is still ongoing, but whatever the story behind the fossil, it still remains one of the best preserved specimens palaeontologists have ever seen.

“It’s a cool fossil, if it’s what it looks like,” said Kirk Johnson, the Sant Director of the Smithsonian National Museum of Natural History.

“I don’t think we’ve ever seen a mummy of a Thescelosaurus before.” 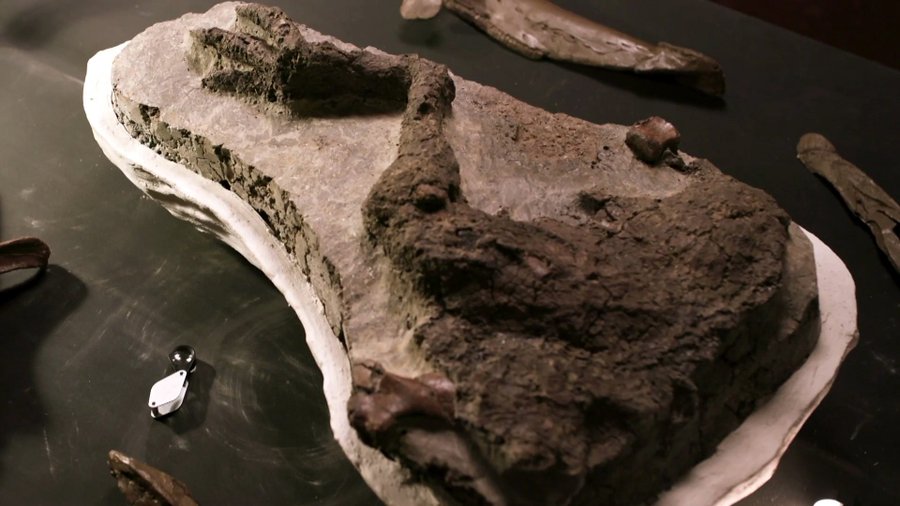